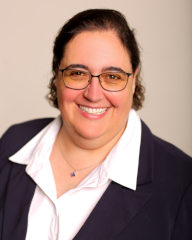 Winter D. Campanella graduated from Arizona State University in 2002 with a Bachelor’s Degree in Global Business with an emphasis in Marketing.  In August 2002, Winter relocated to Carbondale, Illinois, from Phoenix, Arizona, to attend law school at Southern Illinois University School of Law.  In 2005, Winter obtained her Juris Doctor from SIU School of Law.  In November 2005, Winter became a licensed attorney in the state of Illinois.

Winter and her husband, James, have been married since November 2005.  In 2019, they welcomed the addition of Mikey to their family.  They also have five other children who reside in heaven.